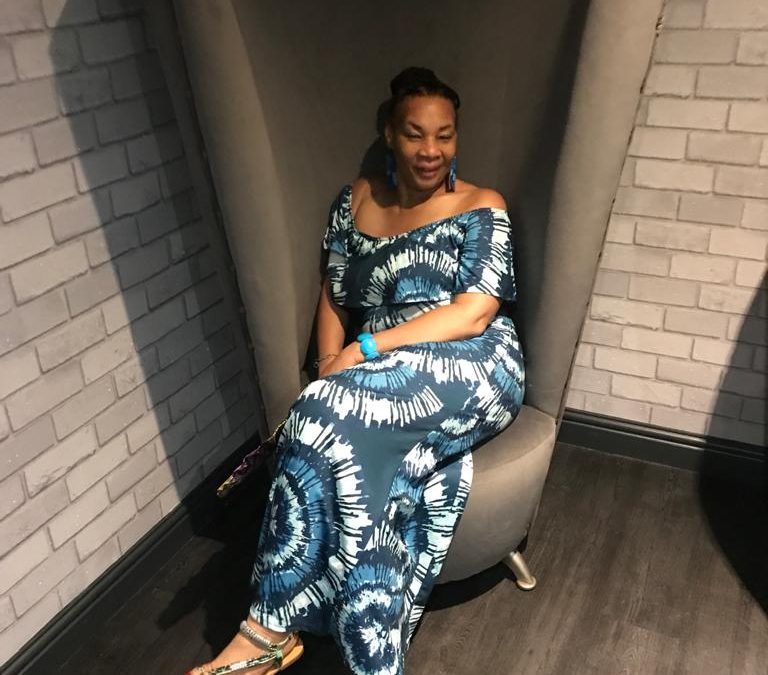 Disembarking from the train onto Manchester’s Piccadilly Station, we stepped out into the city centre and was bathed in the sunshine and warmth of summery weather; Mancunian hospitality; and later the comradery, companionship and joie de vivre of the women who came on this trip.

Arrivals were staggered in pairs and groups of friends and good acquaintances to the excellently chosen Holiday Inn Hotel, a walk of minutes from the train station.  No time was wasted beginning our discovery of the surrounding area.

In the evening at dinner, our intrepid leader, Yvette, created a seating plan where our 26 strong group sat across 5 tables, at each table at least half the women did not know each other.  Quickly rectified by the ease at which Black women can connect in a meaningful way, by the end of dinner friendships had been forged.

A late night invite from, Yvette and Patsy to their suite, for Prosecco and chat, found the hardy and already rested travellers enjoying a midnight soiree.  The women who had risen in the early hours to begin their travels, or those who had had a rough week succumbed to the call of an early night and retired to bed.

Saturday morning saw the bright faces and attire of our group enjoying a full English.  The early risers were prepped for an open-topped bus tour of the city, courtesy of the Manchester Tour Company.  Late risers took the noon tour.  All came back impressed and better informed.  Tour over, there was rest for some before getting into ‘glad rags’ and setting off to the charity dinner and dance featuring Yvette’s brother, Mr Stephen Bayliss.

We arrived late afternoon and Stephen was at the door to meet and greet us.  We had no idea the treat that awaited.  Inside, the venue was delightful and dressed for the occasion of a good night out.  The décor provided the illusion of evening at a very nice nightclub.  It was already quite full with patrons who were quietly drinking.  Heads turned as 20 stunning Black women were led to their tables.

Having got our feet under the table and cleared our palette with a glass of prosecco and a shot or two (or three or four for some, but we’ll name no names…Patsy); an introduction, by Stephen, of where we were from and how his sister arranged our attendance, led to us wasting no time getting on the dance floor.  The ‘electric slide’ was requested and the bemused but intrigued DJ was educated about the music he was searching for.  Once the track started, virtually, all of us began dancing.  All eyes were on us.  Neither the DJ nor the patrons knew what hit them.  They were mesmerised, intrigued, awakened and slowly but surely ‘deem catch a fire’. Before long everybody joined the party and almost everyone was dancing.  One local came to us and said, ‘You’ve made this event!’

What none of us knew or could have imagined was how fabulous a singer and entertainer we were to behold.  When Stephen began singing, one member of our party had to be convinced that he was actually singing, she said he sounded so good (not to mention any names…Lorna).  Realising he was actually singing; her stunned response was that she was in ‘awe’.  When a singer can reduce your dialogue to one word, that’s some songster!

Stephen was absolutely the highlight of the evening.  Conversation while travelling back to the hotel that night was dominated by the incredible evening we had experienced.  Everyone went to bed uplifted.

Our final morning, after breakfast, was a trip to see the mural and tributes to Marcus Rashford, following the scathing and racist tirade against him and the other two Black players in the England football team.  This was the day’s icing on the cake; with the backdrop of conversation and the sharing of videos and pictures of the previous evening’s event.  The morning’s conversations not only led to discussions about the next possible trip (no pressure Yvette), but also to some of the group extending their stay by hours or a day!

The conclusion of this wonderful weekend – calm, and an appreciation of what the group and the weekend away had given to each attendee.  The beauty in the kindness, care, generosity of spirit, humour and sistahood will be of sustenance to many of us until we meet again.