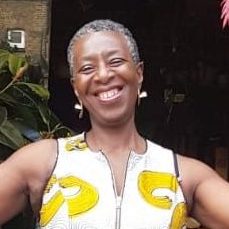 Barbara Gray, is founder and CEO of the social enterprise “Urban Dandelion.”   She works with communities to develop ideas into projects that bring about change and improve people’s lives.

Her achievements include providing career opportunities for young people, increasing activities for older people to address isolation and creating healthy lifestyle workshops.  Fairness and enabling people to thrive are at the heart of Barbara’s work and like a dandelion she sows seeds of change

Barbara is the newly appointed Mayoress of Lewisham and Advisor on Health Inequalities.  A keen photographer she can be found at parties capturing fun moments and enjoys spending time with her family. 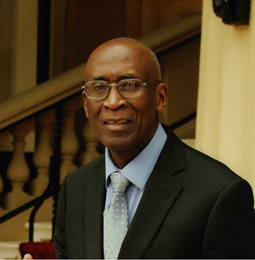 ARTHUR TORRINGTON CBE is a community advocate, and the co-founder (with the late Sam B. King MBE) of Windrush Foundation and The Equiano Society, which they established in 1996 in London.  Through Windrush Foundation, a registered charity, Arthur promotes good race and community relations, and designs projects that celebrate the history and heritage of African people.  Both organisations publicise the contributions of African and Caribbean men and women who settled in the UK before and after 22 June 1948, especially those who served King and Country in WWII.

Also, Arthur’s work highlights the life and times of Olaudah Equiano, a former enslaved African known as Gustavus Vassa (The African) who was a businessman, explorer, human rights campaigner, best-selling, author, Royal Navy war-veteran and an abolitionist in 18th century Britain. Arthur is a founder member and chairman of the African Heritage Forum. 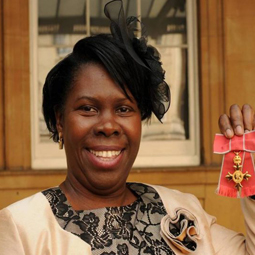 Joan completed her general nurse training at Lewisham hospital in 1985 then specialised in paediatric nursing at Guys Hospital in London were she worked in accident and emergency cardiac and plastic surgery wards. She moved to the community in 1990 to set up and develop community children’s nursing services across London including setting up and running a nurse led Eczema clinic. She became the first nurse consultant for community children’s services in the UK in 2003.

Joan has been involved with policy development with Royal College Nursing, NHS London and National Institute for Clinical Excellence to influence service provision and care of children in the community setting. She was an advisor for nurse prescribers with the Royal Pharmaceutical Society for 5 years. She is also a judge for the Nursing Standard and Nursing Times Awards

Joan received an outstanding services award for community nursing from the Queen’s Nursing Institute in 2012. She was on the Health Service Journal 2013 top 50 Inspirational leaders list and top 50 BME Pioneers list and the Nursing Times 2014 Top 50 leaders list.

Joan received an OBE for services to children and nursing in the Queens’ Birthday honours list in 2013, she is a Queen’s nurse & has a honorary doctorate from Middlesex University. Joan is also a 2016 Florence Nightingale Foundation Leadership Scholar.

Joan is an inspirational speaker and nurse leader who is regularly called upon as a motivational speaker at leadership conferences, workshops and seminars. She is a mentor for many nurses and is passionate about empowering, encouraging and challenging people to progress, do well and excel in their chosen field of study or career.

She chaired the Chief Nursing Officer’s Black & Minority Ethnic Strategic Advisory Group for 5 years until March 2017advising NHS England on equality and diversity issues regarding black and minority ethnic nurses including raising awareness of  health inequalities in  black communities. She was a fund raiser and ambassador for the Mary Seacole Statue Appeal for over 12 years and saw the successful instalment of the statue in the Grounds of St Thomas Hospital in 2016.

In 2017 Joan became a London Board member for the Royal College of Nursing where she influences decisions that affects nursing and nurses in London.

in August 2017 Joan was promoted to an Associate Director for Health Services and Chief Nurse for integrated services for children with disabilities at Achieving for Children based in Royal Borough of Kingston upon Thames and Richmond upon Thames.

Joan is the founder of Rehoboth Children’s Home charity which feeds and educate 25 orphan and vulnerable children in Nakuru, Kenya. She is also a pastor at her local church.

We’d love to hear from you!  Contact us today to find out how JustBe can become a part of your life, with fabulous events and wonderful workshops, there’s something for everyone!