Tell us what you think of our Events and Workshops, JustBe in general, or the Website

I was fortunate enough to win my JustBe membership at the 10th Anniversary Dinner, which was the first event I attended. I was so impressed with that night and then to have the good fortune to gain membership to this fabulous inner circle, I booked my meal slot without haste. I had decided in my head it would be my treat from my SlimmingWorld regime. On Saturday I night was planning what to wear to the event and worked out my car journey, then all of a sudden a slew of messages came through to my WhatsApp. I quickly checked the messages and initially thought they were saying the dinner was going to be cancelled, but then I realised it was still going ahead and it would be even nearer to where I live. On Sunday I arrived on time at the venue which was very welcoming and the lovely JustBe ladies were seated and waiting. Yvette took control and explained the reason for the change of venue in English and Jamaican patois

The website is very professional, easy to navigate, lovely encouraging picture that give clarity to the high standard of events accessible with JustBe

I had a great afternoon with a group of lovely ladies.

Informative and ease with navigation

The sun shone brightly as we all arrived at St Laurence Centre in Catford for the much anticipated Moments4Seniors Launch.  The event was completely sold-out so how blessed we were who’d secured our tickets!  The venue was buzzing as we chose our complementary drinks and took our seats in the main hall.

Yvette and her team’s dedication, hard work and attention to detail to bring this dream into reality was so evident all around. The Moments4Seniors Launch was underway.

The afternoon was amazing. Filled to the brim with a wonderful variety of guest speakers, information, entertainment, fun, laughter and sheer joy. We heard from Yvette about her heartfelt vision for expanding and increasing JustBe’s capacity to provide more opportunities for our awesome elders.

We were reminded by many of the pioneering sacrifices made and the horrendous injustices faced by the Windrush Generation. How much we owe to our parents and grandparents who worked so hard, contributed so much in the harsh reality of the hostile environment that was post war Britain.  Truly we are standing upon their shoulders and they deserve the very best from all of us!

Moments4Seniors embraces the concept of Boundless. The freedom to be who you are with authenticity, dignity and joy.

The fashion show absolutely embraced and platformed being Boundless. The beautiful mature models in their stunning contemporary African inspired designs strutting their stuff with confidence and pride. Wow!  What a sensational showcase.

Moments4Seniors is all about proactive inclusion and participation for and by our seniors. It totally smashes all the of the negative stereotypes about older age.  It challenges the harmful impacts of loneliness and isolation by stepping up and providing a whole range of opportunities and experiences for the 65 plus generation.

Here’s some of what was said about the show:

“Glad that I came and when is the next show?”

“Honoured to be asked”

“Someone sees something in you that you can give”

“Putting a smile on a senior’s face!”

The Moments4Seniors Launch certainly achieved all of its aims.  When I looked around the hall I saw smiles, happiness and joy everywhere.  A great big “Thank You” going out to Yvette, all the models and everyone involved for a truly wonderful event. Moments4Seniors is here to stay! 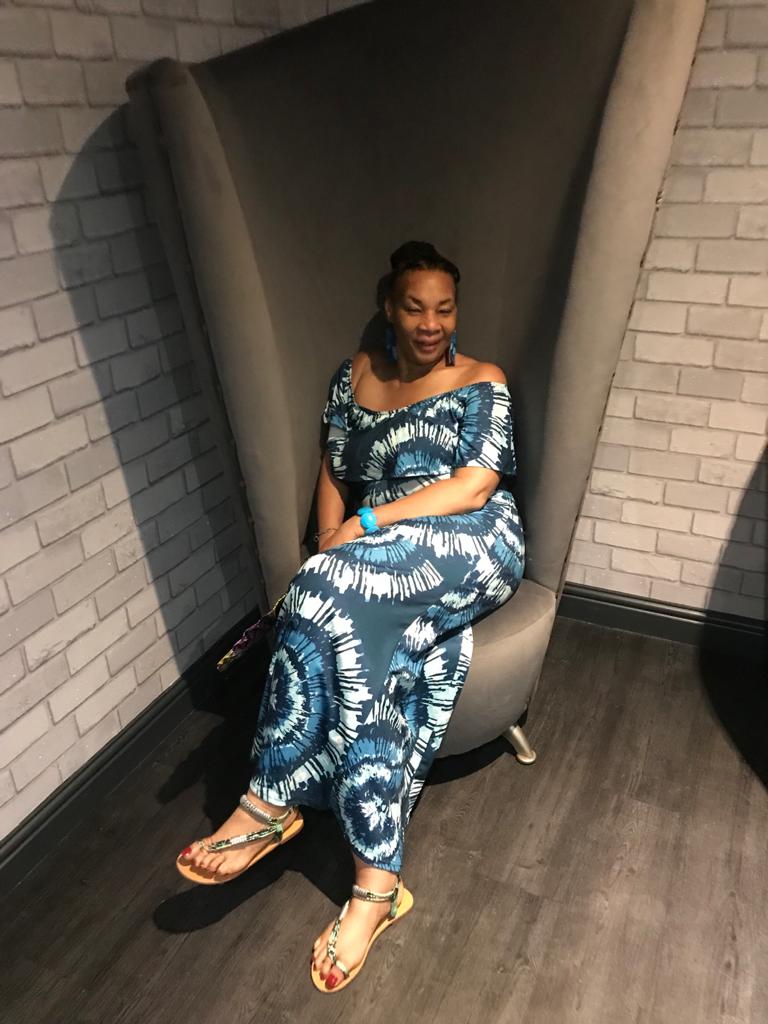 Disembarking from Manchester’s Piccadilly Train Station, we stepped out into the city centre and were bathed in the sunshine and warmth of the weather; the Mancunian hospitality; and later the camaraderie, companionship, and joie de vivre of the women who came on this trip.

Arrivals were staggered in pairs and groups of friends and good acquaintances to the excellently chosen Holiday Inn Hotel, a walk of minutes from the train station. No time was wasted beginning our discovery of the surrounding area.
In the evening at dinner, our intrepid leader, Yvette, created a seating plan where our 27 strong group sat across 5 tables, at each table at least half the women did not know each other. Quickly rectified by the ease at which black women can connect in a meaningful way, by the end of dinner friendships had been forged.

A late night invite from Yvette and Patsy to their suite for ‘Prosecco and Chat’, found the hardy and already rested travellers enjoying a midnight soiree. The women who had risen in the early hours to begin their travels, or those who had had a rough week succumbed to the call of an early night and retired to bed.

Saturday morning saw the bright faces and attire of our group enjoying a full English. The early risers were prepared for an open-topped bus tour of the city courtesy of the Manchester Tour Company; late risers took the noon tour. All came back impressed and better informed. Tour over, there was rest for some before getting into ‘glad rags’ and setting off to the charity dinner and dance featuring Yvette’s brother, Mr Stephen Bayliss.
We arrived late afternoon and Stephen was at the door to meet and greet us. We had no idea the treat that awaited. Inside, the venue was delightful and dressed for the occasion of a good night out. The décor provided the illusion of the evening at a very nice nightclub. It was already quite full of patrons who were quietly drinking. Heads turned as 20 stunning Black women were led to their tables.

Having got our feet under the table and cleared our palette with a glass of prosecco and a shot or two (or three or four for some, but we’ll name no names…Patsy). An introduction, by Stephen, of where we were from and how his sister arranged our attendance, led to us wasting no time getting on the dance floor. The ‘electric slide’ was requested, and the bemused but intrigued DJ was educated about the music he was searching for. Once the track started, virtually, all of us began dancing. All eyes were on us. Neither the DJ nor the patrons knew what hit them. They were mesmerised, intrigued, awakened and slowly but surely ‘dem catch a fire’. Before long everybody joined the party and almost everyone was dancing. One local came to us and said, ‘You’ve made this event’.

What none of us knew or could have imagined was how fabulous a singer and entertainer we were to behold. When Stephen began singing, one member of our party had to be convinced that he was actually singing, she said he sounded so good (not to mention any names…Lorna). Realising he was actually singing; her stunned response was that she was in ‘awe’. When a singer can reduce your dialogue to one word, that’s some songster.
Stephen was absolutely the highlight of the evening. Conversations while travelling back to the hotel that night was dominated by the incredible evening we had experienced. Everyone went to bed uplifted.

Our final morning, after breakfast, was a trip to see the mural and tributes to Marcus Rashford following the scathing and racist tirade against him and the other two Black players in England’s football team. This was the day’s icing on the cake with the backdrop of conversation and sharing of videos and pictures of the previous evening’s event. The morning’s conversations not only led to discussions about the next possible trip (no pressure Yvette), but also to some of the group extending their stay by hours or a day!

The conclusion of this wonderful weekend – a calm and an appreciation of what the group and the weekend away had given to each attendee, was evident. The beauty in the kindness, care, generosity of spirit, humour and sistahood will be of sustenance to many of us until we meet again.

I first became aware of the great work that JustBe is doing in the community some years ago and since then I’ve taken part in several of the events. During lockdown JustBe was a real life saver for me because not only were the virtual activities varied but the content and speakers were second to none. I am never ceased to be amazed at the relentless energy and giving spirit of the organisers and moderators, especially Yvette who’s dedication shows up time and time again.

As someone who has been an avid ‘walker’ since my teens I jumped at the opportunity to take part in this years 10k sponsored walk for such a worthwhile cause and at the same time participate in an activity that I enjoy tremendously. The elderly in the community are often ignored in our society so the cause that the sponsorship monies are going towards really appealed to me.

I can truly say that taking part in the recent sponsored walk was a delight and a real pleasure. Not only because of the worthy cause but l also connected with some amazing and genuine women. In true JustBe style each participant received refreshments throughout the walk and at the end of the walk we were all given beautiful and very generous gifts of appreciation.

I’m really looking forward to repeating the experience next year.